In 1968, one race changed the world as nine skippers headed off into the unknown in their bids to be the first and the fastest solo sailors to complete an unaided lap of the planet under sail.
Fifty years later, a re-run of the Sunday Times Golden Globe looks set to make headlines once again as the first two skippers head towards the finish after 29,000 miles and over 200 days alone. We look back at this extraordinary event, as well as the race that started it all.
We also find out what the next fully crewed race around the world will look like as race formerly known as the Volvo Ocean Race announces big changes ahead.
Plus, the fastest cats in sailing get released into the wild as SailGP prepares for its inaugural event in Sydney.
Staying in Australia we look back at the battle of the big guns in this year’s Rolex Sydney-Hobart Race.

The Golden Globe – The race that changed the world
Fifty years ago the Sunday Times sponsored around the world race made history. Better known as the Golden Globe, the first-ever solo, non-stop race around the world saw one man enter both the record books and the annals of history as Robin-Knox Johnston took the trophy. He was the only skipper to complete the course.
Of the nine intrepid sailors that set out, four retired before leaving the Atlantic, one sank just 1,100 miles from the finish, one decided to continue for a second lap and one committed suicide.
On 26 June last year, seventeen sailors set out on the modern Golden Globe Race to commemorate the historic event. Seven months later, as the first two boats approached the finish in France, the fleet had been whittled down to just 6.
So as Jean-Luc Van Den Heede and Mark Slats approached the finishing line, we took a look at this extraordinary race along with the original event that inspired it.

IMOCA & the new Ocean Race
In the early summer last year and after 45,000 miles, three teams were locked in a dead heat to win the Volvo Ocean Race. The sprint to the Hague was the closest finish in the Volvo Ocean Race’s 45-year history. Just 16 minutes separated the first two teams after 126 days of racing. It was a historic climax to the world’s most famous fully crewed around the world race.
But the end of the 13th edition also marked a new chapter. Big changes were in store.
After 20 years, Volvo had announced that this was their last race as owners. And while talk of a move to Grand Prix 60 footers designed primarily for shorthanded racing had been rife for months, now the change of direction is a reality. So the World Sailing Show went to Paris to find out more.

SailGP - The fastest racing cats in the world
The fastest foiling cats in the world are about to be let loose as the inaugural SailGP event prepares to kick off in Sydney, Australia. Six national teams in six identical foiling 50ft cats capable of speeds in excess of 50knots, we take a look at what’s behind the boats and the teams that will go head to head in one of the most famous racing venues in the world.

Battle of the big guns – Rolex Sydney Hobart race
The annual Rolex Sydney to Hobart race is notoriously tough. Starting on Boxing Day the race heads south for 600miles across the notorious Bass Strait to finish in Hobart, Tasmania. But the race is also famous for the head to head battle between some of the biggest and fastest monohulls in the world, the super maxis. 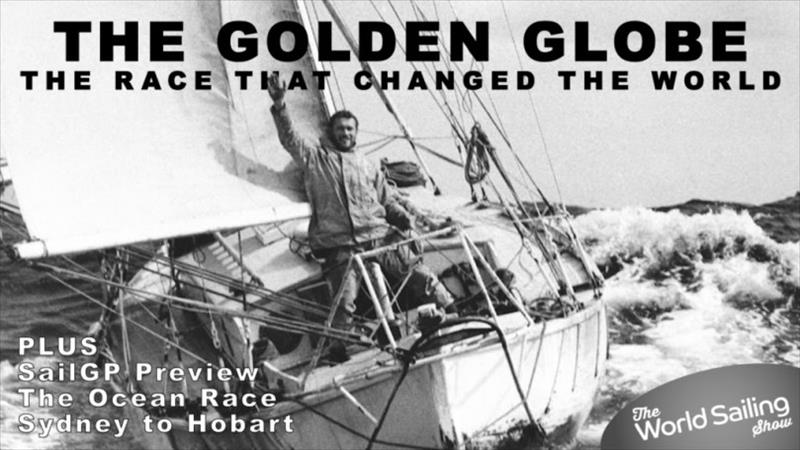